RESEARCH METHODS
From Saylors and Traifmow (2020) "the probability that an obtained correlation coefficient is theorized for the “right” reason is not the same thing as the correlation itself. For example, imagine that a researcher obtains a strong correlation of 0.80 between A and B, thereby indicating a strong predictive relationship between A and B. This does not mean the correlation is theorized for the right reason. For example, the calculated .8 does not indicate that the arrow goes in the right direction, that there is no exogenous third cause, or that all other arrows or absence of arrows to or from A or B are properly theorized. Even more striking is the fact that actual models often involve a causal chain, making it even more improbable that the causality in the model is properly theorized*. Thus, the numbers we present represent the upper bound of the probability of the model being true."

*We would like to thank Organizational Research Methods Associate Editor Professor Louis Tay for this insight.

Saylors, R., & Trafimow, D. (2020). Why the Increasing Use of Complex Causal Models Is a Problem: On the Danger Sophisticated Theoretical Narratives Pose to Truth. Organizational Research Methods, 1094428119893452.

Illustration:
Six variable model with a high independent probability for each causal arrow 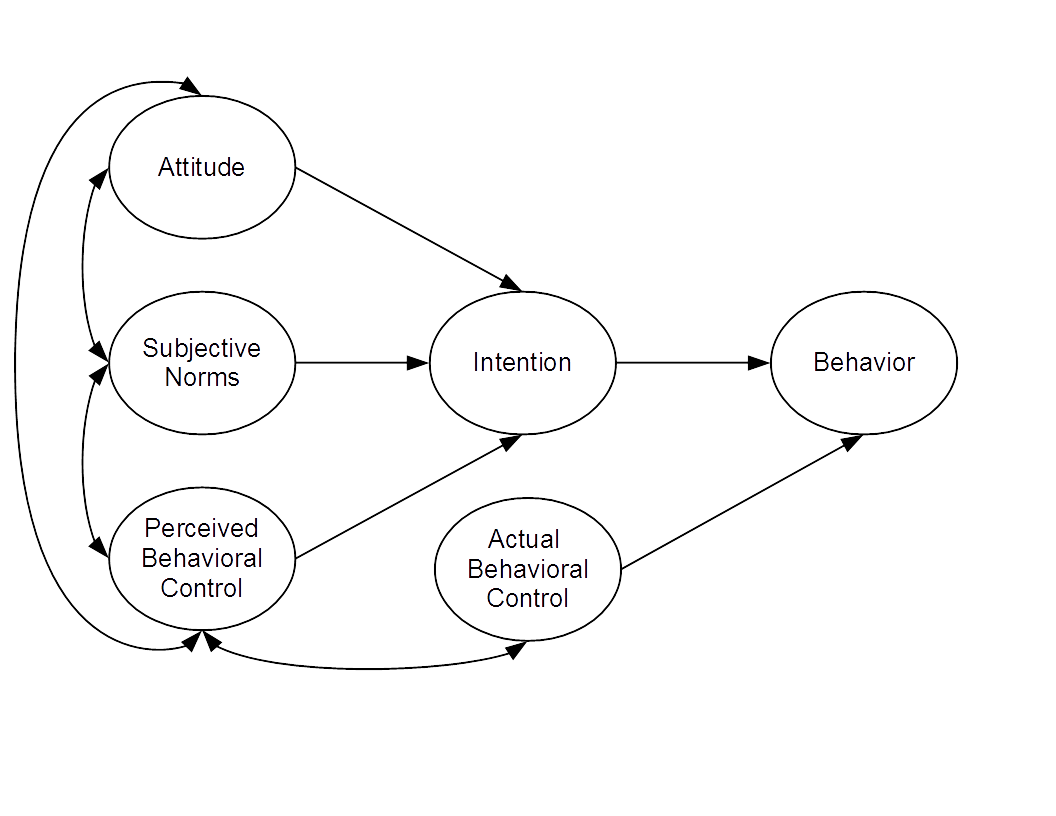 Inspired by the findings of Sheeran, Trafimow & Armitage (2003); the above model displays the well validated theory of planned behavior along with a single, experimentally validated, addition to the theory - actual behavioral control. While the finding of Sheean et al., (2003) only theorized three causal variables (perceived behavioral control, actual behavioral control, and actual behavior) it is common practice for reviewers and editors to request a more sophisticated theoretical narrative. For example, by requesting the researcher use the entirety of the theory of planned behavior and then enter those findings into a structural equation model. This calculator helps demonstrate the danger sophisticated theoretical narratives pose to truth. Even given the high degree of validation and the experimental nature of the causal links, the potential remains for this to be improperly theorized. For example, as Sheeran et al., (2003) mention, self-efficacy may offer alternative explanations for the directions and causes of these arrows. As such, 80% represents a generous assumption for the causal model.